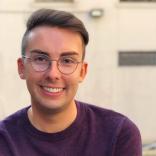 Ted Allaire is a research associate within the DRICS Lab and U-M CDHW. In addition to his work at U-M, he is also a 6th year doctoral candidate within the clinical psychology PhD program at Eastern Michigan University in Ypsilanti, Michigan. At U-M, Ted assists with administrative tasks and manages ongoing research projects, including a multisite study of executive functioning among individuals with spinal cord injury (SCI). He has also received funding from the U.S. Social Security Administration to lead his own study on longitudinal trajectories of employment among individuals with SCI. Ted is involved in leadership and serves as both Chair of the APA Division 22 (Rehabilitation Psychology) Student Leadership Network Committee and Student Representative on the Division 22 Executive Committee. Beyond his research and professional responsibilities, Ted also holds a temporary limited license to practice psychology at the master's level within the state of Michigan. Other interests of Ted’s include: measure validation/psychometrics, structural equation modeling, neuropsychological assessment, and third-wave behavior therapy.